Todd Chrisley‘s daughter, Lindsie Chrisley, is concerned her family might come after her in the wake of her very public accusations of extortion — so now, she’s protecting herself.

Sources familiar with the situation tell TMZ … Lindsie is taking the beef with her family so seriously she’s hired an armed security guard who will protect her practically round-the-clock. The new muscle was front and center when we saw Lindsie Monday outside her attorney’s Atlanta office.

She made no attempt to hide it … she’s concerned about retaliation, even from a family member.

Our sources say Linsdie even went to her local police dept. to voice her fear about her father or brothers getting violent after she accused them of extorting her with an alleged sex tape. She claims they were trying to coerce her into lying about their tax woes.

Our sources say Lindsie’s spending $130/hour for her security guard, who is an off-duty police officer.

Despite having said she eventually wants to reconcile with her family, Lindsie’s obviously worried about her immediate future. Her troubled brother, Kyle — who’s publicly supported Todd in this feud — was arrested for battery back in 2012, when Lindsie claimed he’d hit her in the face. 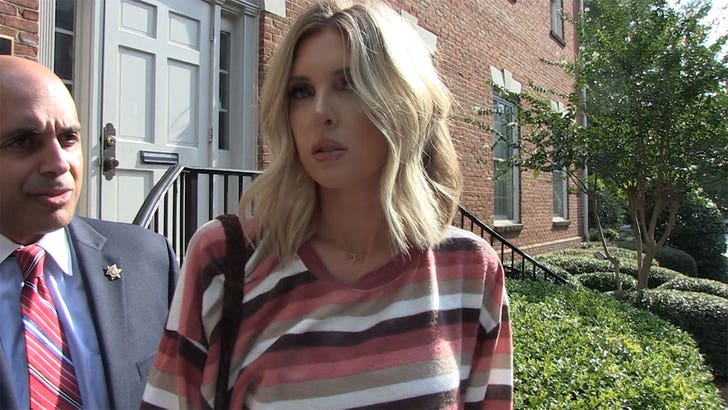 Check out her response on how she’s coping with all the family drama — Lindsie tells us she’s disgusted by her dad and brother … and now it sounds like the bridge between them is toast.

We also ask if she feels like their TV show, “Chrisley Knows Best,” ruined the family dynamic. Her answer will be interesting for fans of the show.

Posted by admin - July 30, 2019 0
Exclusive TMZ Kamala Harris stands to win big during the second Democratic debate this week — at least in the…

Nate Diaz, ‘Khabib Fights Like a Bitch,’ I Hope They Both Lose

Randy Orton on John Cena, ‘Does He Still Wrestle?’