Rae Sremmurd is no more … at least that’s what one half of the hip-hop duo’s suggesting.

One said, “Y’all won it’s a wrap,” while another was even more telling, with Slim saying … “I’m not Rae Sremmurd I’m slim jxmmi and ima sink or swim by myself.” 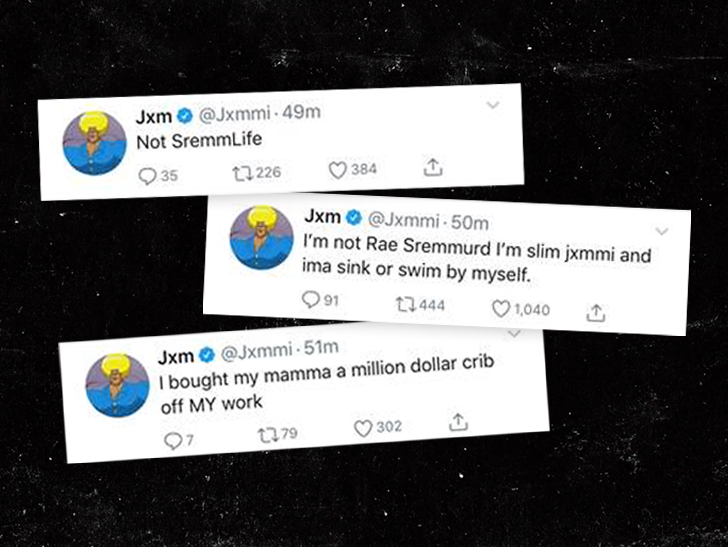 Jxm also boasted he’d bought his mom a home off the money he made from his own work … which is a tweet he actually left up.

The 2 have both done recent solo work but confirmed they have a new album coming out in early 2019 … called “SremmLife4.”

This isn’t the first time there have been rumors of a breakup, but they’ve denied them in the past and maintained all was well between the siblings. It seems like it could be different this time.

Interesting note — the last time we heard from the rappers was last week when they were in New Zealand, but only Jxmmi was seen … getting involved in a bloody street brawl.

Looks like Swae’s avoiding this confrontation for now too.

Jason Aldean, ‘I’m Afraid to Raise My Children in this World’