Prince William and Kate Middleton are keeping palace intrigue that there’s trouble in paradise at peak levels, cause a day after Kate had a Melania Trump moment … more signs of friction.

The Duke and Duchess of Cambridge arrived to the Royal Family’s Christmas lunch Wednesday at Buckingham Palace in separate cars, and split up the children as well — Prince George rode with dad, while Charlotte and Louis showed up with mom.

It’s bad because this same time last year, the whole family rode together in one vehicle. 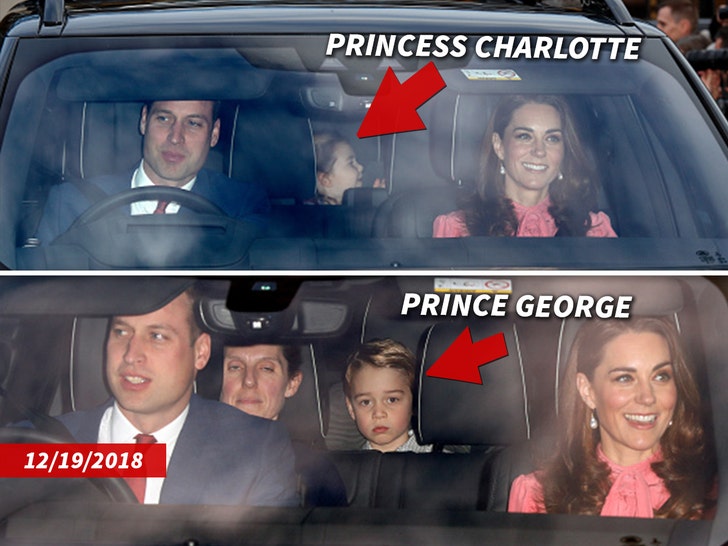 That takes into account all three of their kids, including young Louis … who was just 8 months old at the time. Still, they squeezed his car seat into the back — and even managed to fit in a nanny to boot. Now, they seemed inclined to divide the squad for some reason. 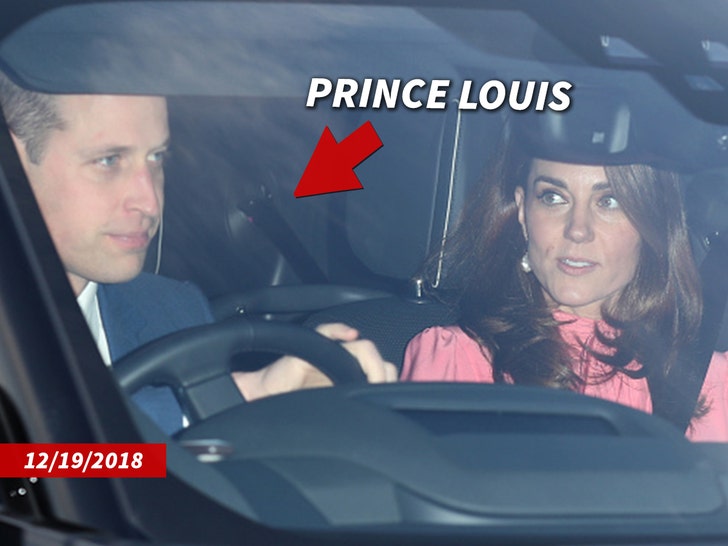 This, of course, comes right on the heels of Kate seemingly shrugging off’s Will’s attempt at PDA when he reached over and touched her shoulder — which looked a lot like Melania refusing to hold hands with DT here in the States. Again … bad optics.

It was super awkward — and now, they’re really fueling the rumor fire that they’re having marriage problems … a major point of speculation recently, which hasn’t been confirmed one way or another. 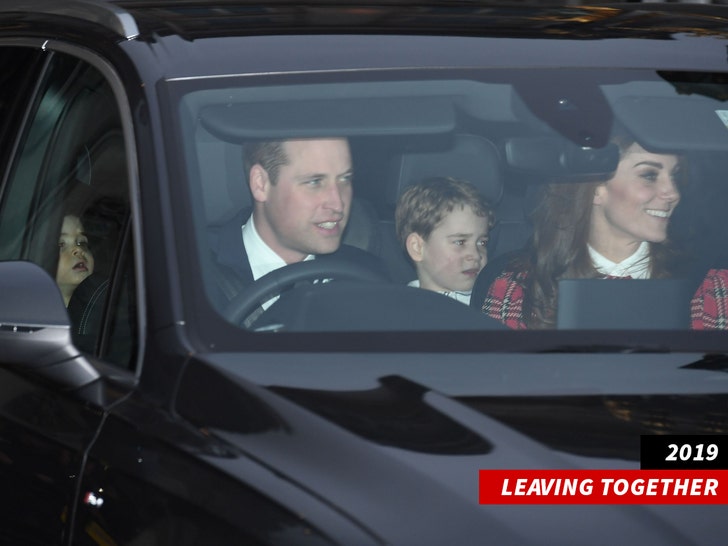 Funny enough … Kate and Will left Wednesday’s breakfast in the same car — this after we called around asking what was up. Kensington Palace still hasn’t gotten back to us on that … but if you’re putting two and two together, it looks like the message was received.

It’s been a rough year for the Royals, and it sure seems like they’re going out on that note too. What’s that saying about the happy wife? We forget …

Gayle King Says Oprah’s Not Convinced Yet on Presidential Run