Gabrielle Union‘s claims of a toxic workplace at ‘AGT’ has Ellen Pompeo sounding off in support of Gabby — but now someone’s also defending Jay Leno, saying his Korean joke wasn’t racist at all.

You’ll recall, Gabrielle reportedly feels she was canned because she complained to producers and NBC about racially insensitive situations on the ‘AGT’ set — among them a joke Leno made, while guest judging, about Koreans eating dogs. 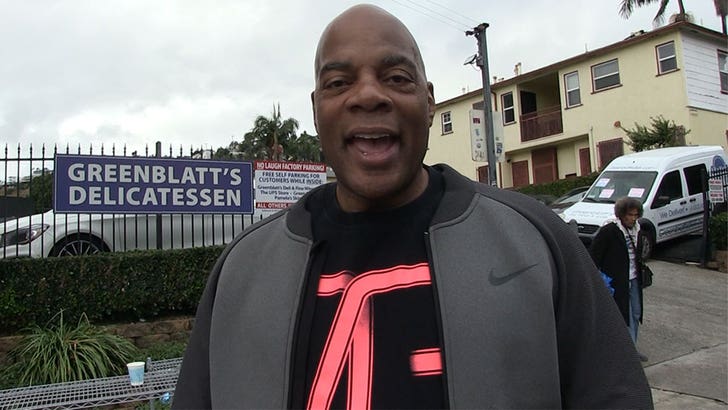 We got comedian Alonzo Bodden — himself a “Last Comic Standing” champ — at the Laugh Factory and he stood up for Jay, explaining why he feels it was NOT a racist joke. In a nutshell, he says there’s a big difference between playing off a “common stereotype” and attacking a specific person over race.

The Leno joke was edited out and never made air, but Alonzo still laughed off any thoughts of a ‘Cancel Leno’ movement. He also added Leno was the least of Gabrielle’s issues on the show.

It’s unfortunate that @nbc the same network that protected disgusting men like Matt Lauer and punished women for speaking out or not putting up with it…has not changed their practices or culture. I support @itsgabrielleu commitment to speaking up to injustice. It takes courage

She reportedly also had issues with producers’ “excessive notes” about her physical appearance, wardrobe and hair — and Pompeo weighed in Thursday, calling Gabby courageous for taking a stand.

The “Grey’s Anatomy” star also called out NBC for not changing “practices or culture” after Matt Lauer‘s sexual misconduct scandal.

thank you for this @EllenPompeo. be better @nbc. we’re with you @itsgabrielleu. 🖤 https://t.co/UMfcqJZ46w

Pompeo called for all women — especially “white girls” — to stand up for Gabrielle, and even Ariana Grande‘s now speaking up, too.

Posted by admin - July 24, 2019 0
Play video content Exclusive CBS The “Big Brother” house sounds a lot like a breeding ground for racism … a…

Posted by admin - August 29, 2019 0
Exclusive TMZ.com Wendy Williams is letting her inner bachelorette out of the cage … and that means partying in Miami…