Terry Gilliam let it rip in a no-holds-barred interview in which he BLASTS #MeToo, defends white men “taking blame” … and misidentified his gender and race in jest.

The director, writer and former member of the Monty Python comedy team recently sat down for an interview with The Independent, and rather than discuss his new movie … more so, he wanted to air out his grievances over being a victimized white male in 2020.

Reading the entire thing in full is worth it, but just to give you a snapshot of Terry’s stance on social issues … he says stuff like #MeToo is nothing more than a blame game.

Of a female character in his flick, “The Man Who Killed Don Quixote,” who becomes an escort, he says … “In the age of #MeToo, here’s a girl who takes responsibility for her state. Whatever happened in this character’s life, she’s not accusing anybody.”

He goes on … “We’re living in a time where there’s always somebody responsible for your failures, and I don’t like this. I want people to take responsibility and not just constantly point a finger at somebody else, saying, ‘You’ve ruined my life.'”

Then, Terry moves on to the alleged victims of Harvey Weinstein, many of whom he dubs “ambitious adults” who made choices while trying to come up in the industry.

Of the disgraced movie mogul, Terry says … “There are many victims in Harvey’s life, and I feel sympathy for them, but then, Hollywood is full of very ambitious people who are adults and they make choices.” Terry worked with HW in 2005 for ‘The Brothers Grimm.”

Terry also says he’d come across well-known actresses who implied they’d do whatever it takes to land a role in a movie, his or otherwise. He says, “I don’t understand why people behave as if this hasn’t been going on as long as there’ve been powerful people.” 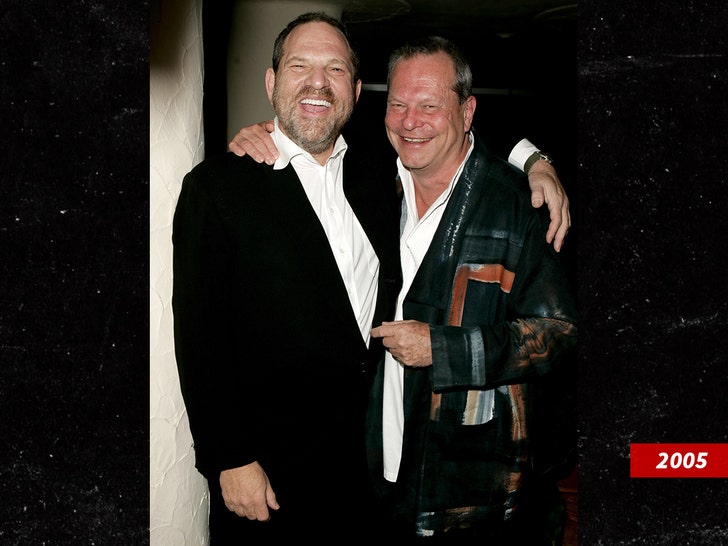 He continues, “I understand that men have had more power longer, but I’m tired, as a white male, of being blamed for everything that is wrong with the world.” At this point, Terry apparently held up his hands and exclaimed, “I didn’t do it!”

He then goes on to jokingly call himself a “black lesbian in transition,” noting people take offense to it for some reason. Terry says, “I’m talking about being a man accused of all the wrong in the world because I’m white-skinned. So I better not be a man. I better not be white. OK, since I don’t find men sexually attractive, I’ve got to be a lesbian.”

The guy ends his wild interview by saying he’s not going to “hit” the female Independent interviewer, even though he felt they were “arguing.” Classy …

Will Smith Goes Chic Shopping with the Family in Capri, Italy